How to analyze  Fluorescence considerations with EvaGreen® dye

Fluorescence intensity of the positive signal

The fluorescence intensity of positive partitions in digital PCR experiments with EvaGreen® depends on the length of the double-stranded DNA amplicons that are generated during PCR. At equivalent PCR efficiencies and primer concentrations, long amplicons will produce a more intense fluorescent signal than short ones (Figure A). This is explained by the fact that more Evagreen® molecules will bind to the long amplicons relative to the short amplicons.

Figure A. At equivalent PCR efficiencies and primer concentrations, the 104 bp amplicon will produce a more intense fluorescent signal than the 94 bp amplicon. 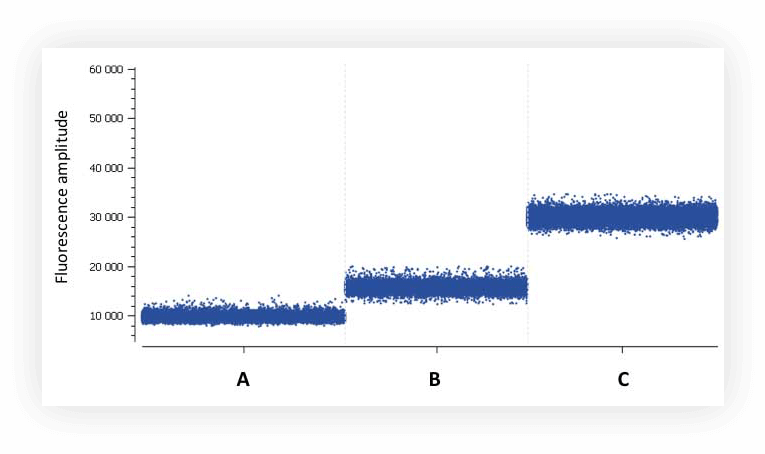