How to analyze  Dynamic Ranges of Detection & Quantification

First of all, let’s assume that a target gene concentration has been estimated together with its relative uncertainty, by applying the Poisson law as explained in the item [Poisson Law application].

Depending on the target concentration value in the well, the Relative Uncertainty forms a U-Curve which is made of 2 asymptotic curves: 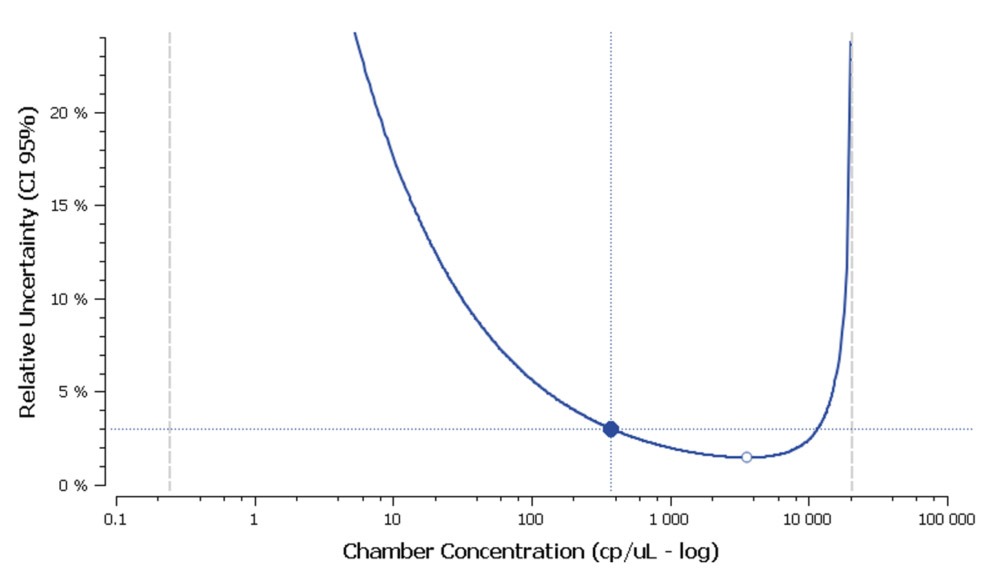 Figure A. Relative uncertainty curve (U-Curve) as a function of the target concentration
in a well that includes 28 000 partitions (in logarithmic view).

The Minimal & Maximal Limits of Detection are represented by 2 vertical lines framing the U-Curve: